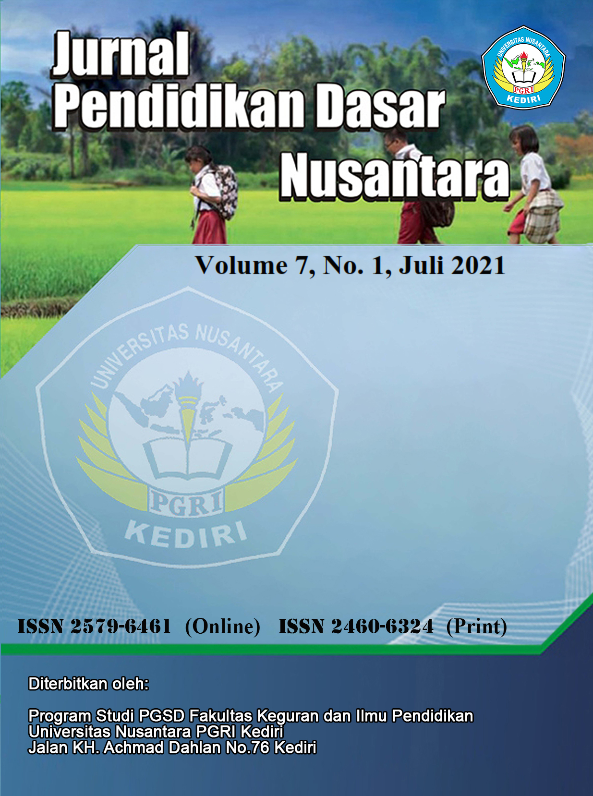 Abstract: The purpose of this study is to improve social studies learning outcomes in class V SD Negeri Sriwedari  No.197 Surakarta by using edmodo-based m-learning media. The research was held at SD Negeri Sriwedari No.197 Surakarta. The target of this study was the fifth grade students of the 2018/2019 academic year, which amounted to 26 students. The classroom action research mechanism takes place in 2 cycles with one meeting, in each cycle there are 4 stages, namely planning, action, observation and reflection. Data collection used is test and non-test (observation and documentation). Validation is used with 3 methods, namely test, observation, and documentation. The data analysis technique in this study uses simple statistics.Based on the implementation of the pre-cycle on social studies subjects with material appreciating the services and role of the figure of struggle in preparing for Indonesian independence by using edmodo-based m-learning media not yet seen from 26 students only 4 students who completed KKM so that the percentage reached 15.38% with average scores - average 51.51. In cycle 1, the percentage of completeness was successful, which was 11.84% but the average value increased by 55.35. Cycle 2 experienced an increase of 26 students, only 5 students or 19.23% who did not achieve completeness, and 21 students or 80.76% achieved completeness according to KKM, namely 70. Thus, the use of edmodo-based m-learning media is appropriately applied in social studies learning especially material that appreciates the services and role of the struggle figure in preparing for Indonesian independence which has an impact on increasing teacher activities, student activities, and learning outcomes of class V SD Negeri Sriwedari No.197 Surakarta .

Authors who publish with this journal agree to the following terms:
1. Copyright on any article is retained by the author (s)
2. The author grants the journal, right of first publication with the work simultaneously licensed under a Creative Commons Attribution License that allows others to share the work with an acknowledgment of the work’s authorship and initial publication in this journal.
3. Authors are able to enter into separate, additional contractual arrangements for the non-exclusive distribution of the journal’s published version of the work (e.g., post it to an institutional repository or publish it in a book), with an acknowledgment of its initial publication in this journal.
4. Authors are permitted and encouraged to post their work online (e.g., in institutional repositories or on their website) prior to and during the submission process, as it can lead to productive exchanges, as well as earlier and greater citation of published work.
5. The article and any associated published material is distributed under the Creative Commons Attribution-ShareAlike 4.0 International License