The purpose of this study is to test the effectiveness of the application of rational emotive behaviour counseling group to help students cope with distress. The subjects of this study were eight students from class of XI APk 1 at SMK Negeri 4 Surabaya as the experimental group and seven students in class of XI APk 2 as the control group which were identified as having high level of distress. Distress questionnaire was used as the data collecting methods. This research used quasi eksperimental approach along with the design of nonequivalent control group design, which is using the comparison group or control group. The analysis tried to compare the results obtained on the data collecting before (pre-test) and after (post-test) the method given between the control and experimental group. Non-parametric statistic along with the Wilcoxon Rank Sum test was used as the data analysis technique. From the analysis obtained showed that the hyphothesis which stated “the level of distress among the group of students who helped with the rational emotive behaviour counseling group declined significantly than the other group of students who assisted with conventional methods” are acceptable. So it can be concluded that the rational emotive behaviour counseling group is effective to be applied as the counseling intervention strategies for helping students cope with distress. 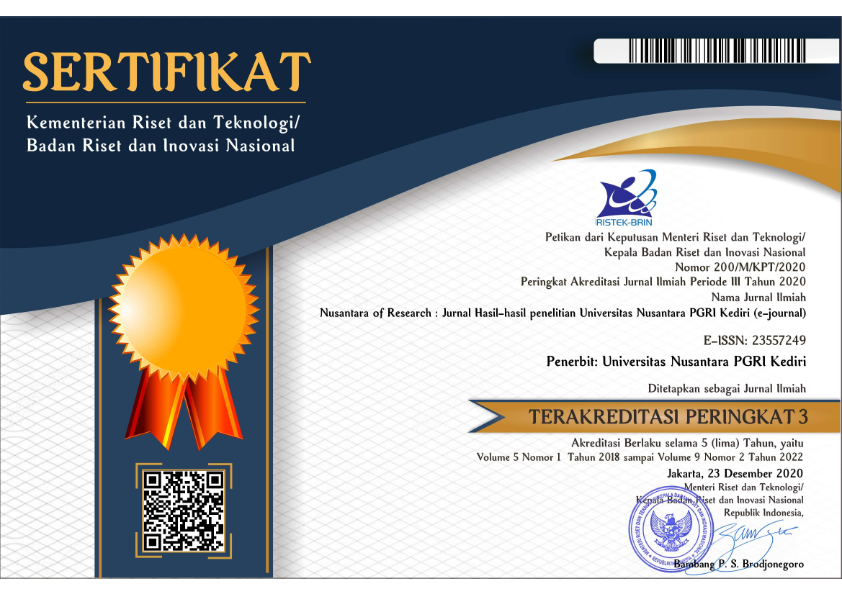