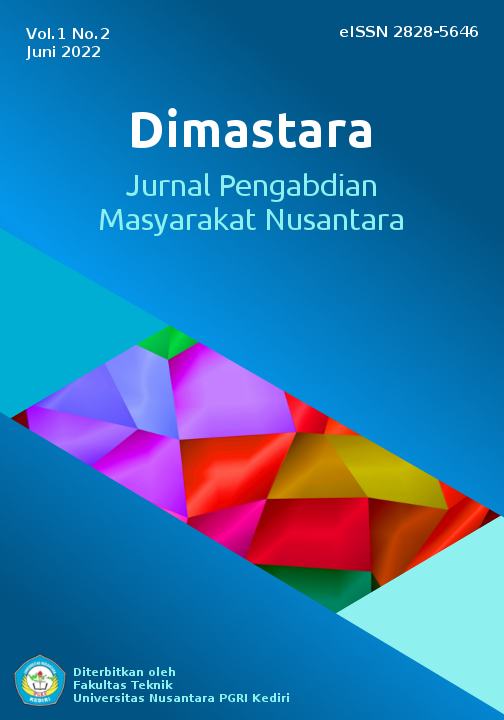 In Kweden Hamlet, Karangrejo village, Ngasem district, Kediri Regency, there are 2 graves used by all residents of Kweden Hamlet. A special grave for certain families and a general grave generally used by the entire population of the hamlet of Kweden. In the hamlet of Kweden, it is customary for anyone who dies at any time of the day, noon, or even midnight to be buried immediately. Sufficient lighting is therefore needed in the grave area so that the burial process from grave digging to burial can be carried out as well as possible.

Due to the limited number of light points, poor installation and sometimes delayed payment of electricity bills, the lighting in the burial space is not optimal. The lack of information about alternative electrical energy still makes the population of the hamlet of Kweden dependent on the electrical energy supplied by PLN. The solution offered to solve the problems in the hamlet of Kweden is to illuminate the tomb with solar panel lighting so that there is no monthly fee, and to educate the public that there is alternative electrical energy that uses renewable energy which is easy and cheap. Based on the area of ​​the grave, the number of required solar panel lamps is determined to be 24 lamps. Meanwhile, education in alternative electrical energy managed to change people's perception of it and saw a significant increase from where 82.61% of respondents previously said solar panels were expensive. Training showed that only 26.09% of respondents said solar panels are expensive.